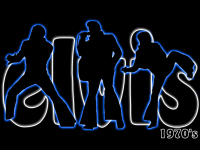 By No Consequence Productions

A Film By Laurence J. Wilson

Elvis 101 is due for release in the summer of 2007 and is a motion picture documentary on the inner workings of being an Elvis Tribute Artist.  BRIAN "ELVIS" SIMPSON has received world wide attention for his first ever ELVIS TRIBUTE ARTIST SCHOOL.

Starting with one student and then attaining a full class - the film documents the relationship of "teacher" and student - following two of them - the top of the class - ADAM "ELVIS" LEYK and AARON "ELVIS" WONG to their first ever trip to Memphis, Tennessee, Graceland, and competing in the WORLD CHAMPIONSHIPS for ELVIS TRIBUTE ARTISTS - Images Of The King 2007.

Local television news network - City TV - got a hold of the story regarding the documentary and ran this news story across British Columbia!

Coming To A Theatre Near You!

CONGRATS TO THE LATEST CHAMPION FROM THE
ULTIMATE ELVIS ACADEMY - STELVIS! 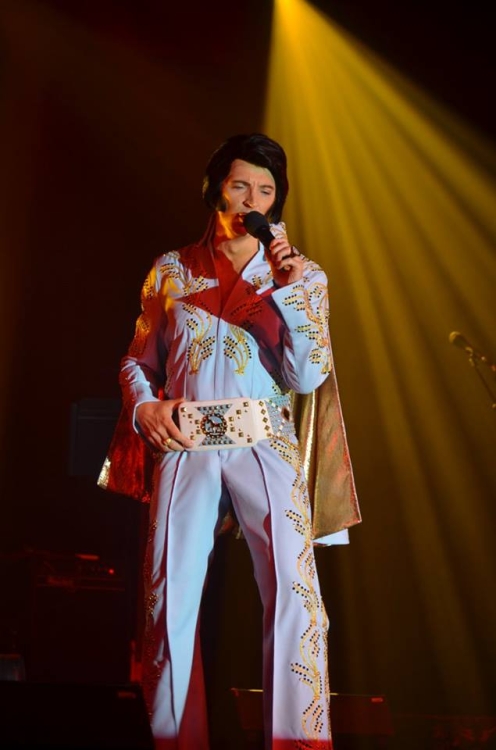 Successful entrepreneur and businessman STACEY CERNIUK entered the world of ELVIS  TRIBUTES in 2014 and sought a
winning result at the 2015 Penticton Elvis Festival as part of a a challenge brought to him by one of his peers.  Knowing exactly what it would take to achieve his goal - he immediately sought the services of BRIAN ELVIS SIMPSON to teach him the skills to master the art of being ELVIS.  After 8 months of hard training and guidance, Stacey saw his goal come to fruition when he took home the 2016 Penticton Elvis Festival Amateur Championship and became Brian's FOURTH champion to come out of the Ultimate Elvis 101 Academy!

I have taken on the role as MENTOR and teacher with great pride...and a little fear...with some criticism.  Fellow pros don't want more ELVIS performers vying for their gigs...and have what they see as their GIFT become accessible to everyone.  For years ELVIS has been the victim of many poor and ill willed impersonations that focus primarily on stereotypes and bad cliches and with little passion or ability.  I only entered this industry if I could in some way turn that image around to one that portrays a man of great, heart, charity, compassion and talent - and take no credit except that of an ardent fan who relishes in his studying of his craft.

To take on the role as teacher - would I be able to communicate these values to the next generation of performers?  Could I take what was an unbelievable, incomparable talent and systemize it to teachable technique?  How do you make the unpredictable, and electrifyingly spontaneous, predictable and structured yet make it look unpredictable and electrifyingly spontaneous.  The simple answer...not everyone can be ELVIS...most won't captivate...but all can APPRECIATE, UNDERSTAND and thus COMMUNICATE...to a new generation - the virtues, the talent, and the sincerity of the greatest entertainer ever to grace the music industry in the last century...

The ELVIS 101 program involves...singing and styling instruction, dance choreography, historical ELVIS study, and the ropes of being in the entertainment industry.  Students should have an appreciation for the arts - because there is extensive home study and practicing involved.  YOUR TESTS will be guest spots in MY SHOWS throughout the year - they will be videoed and examined afterward.  THE FINAL EXAM is entry into the PENTICTON ELVIS FESTIVAL where you will measure your skills against the most talented amateurs in the region and compete for the
PACIFIC NORTHWEST NON PRO ELVIS GRAND CHAMPION.

To date, I have led four gentlemen to the CHAMPIONSHIP at the Penticton Elvis Festival and other events! 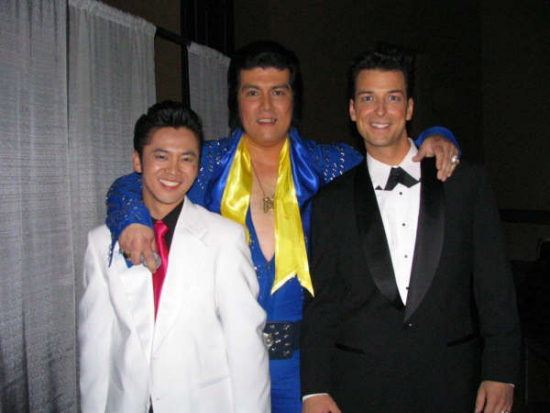 If have a passion for ELVIS, want to be better than you are... and/or think you can be the next CHAMP...